My setup is 2 windows 2019 servers. Each with PowerShell Universal installed via PowerShell, so the server is running as a service. Each are pointing to the same SQL Express 2019 database and Git is pointing to our GitLab instance using Project Access tokens. Got the setup working and trying out the licensed features. One feature I checked out is the “Run on” option. 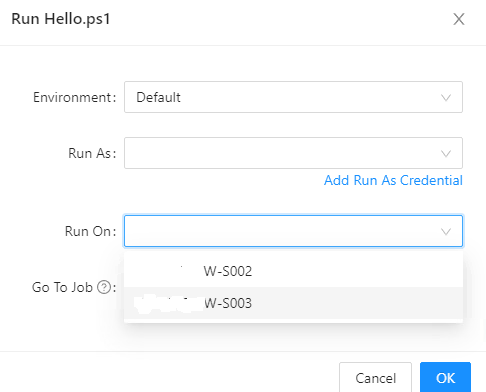 There’s currently an issue with this functionality that has been resolved in v3.3. It’ll work as expected in the next release.

Thanks. I tried the nightly build and it worked great as I was able to run a job on the other instance.
I know this is a nightly build, but should I reporting issue? like :
Settings > General sub menus do nothing

This will be fixed in tonight’s build.