API not working after Update

Was testing out the new version of PSU and found that my API’s and some scripts stopped working. I upgraded from 3.0.0 to 3.1.6. I’m assuming its something to do with the modules because when I look at my old server it had more modules then the new version.

You can ignore the custom modules count I’m primarily concerned about the Integrated and 5.1 Modules. Am I the only one having this problem?

Have you been able narrow down any differences? I’m wondering if some PSModulePath path is missing.

fyi @adam we reverted the server back to version 2.12.2 and all is well.

One thing to note is that we did an in place upgrade rather than a full uninstall and install of version 3 noted in the docs https://docs.powershelluniversal.com/getting-started/upgrading#msi-upgrade

Not sure if this had something to do with the issue. I am unable to replicate it on a different instance.

Running a get-module we would see this 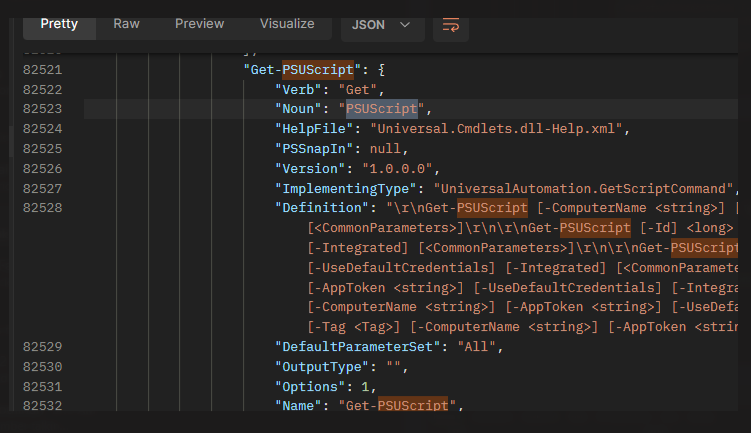 However when we changed it to get-psuscript we would get the following.

Interesting. The inplace upgrade could have cause the problem. The MSI was leaving behind some v2 files when that was done which could have caused something weird to happen.

Looks like the only other thing that changed was the use of $secret scope?

However we are seeing more issues from APIs “Invoke-PSUScript”

I dot have the JobHandshakeTimeout set to 30

Changing to 60 still shows jobs fail and they are executing REALLY slow on this version even with the integrated environment.

One thing to note is every job that failed with that “Error executing job: Did not receive port from client process” message was running under a pwsh environment under a different user context.

Planning on reverting back to version 2.12.2 for the time being.

Feel free to open a support case about this and we can get on a phone call to troubleshoot.