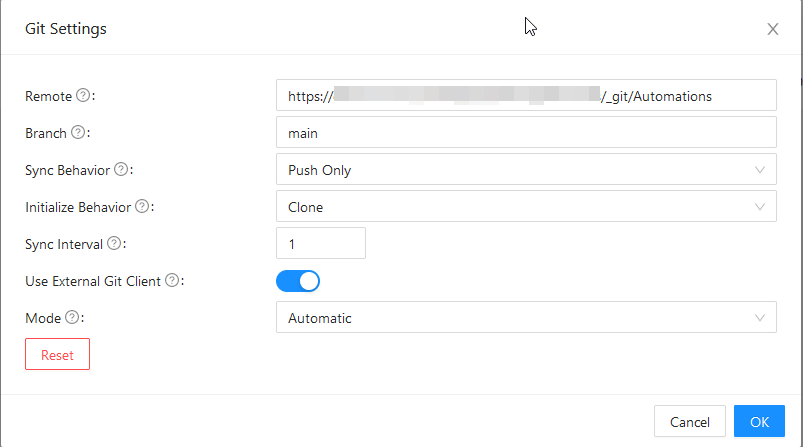 Everything up-to-date branch 'main' set up to track 'origin/main'.

Semi resolved the issue.
Issue appears to be during the commit phase, which is why it believes everything is up to date.
Issue being that while it is commiting there is no email being passed through the git.exe and then throwing the error of

This is resolved by git config --global user.email "you@example.com" but now when git commmits are made they are all under the default account and not by who made the change.