In terms of the $Job variable, are you talking about calling Get-PSUJob and then trying to look at the error records?

In this specific case I’m looking to use the error output in a failed job trigger. The trigger is using the $Job variable as param where I’d like to fetch the error output. However, I can’t find this property in the variable.

I also tried running Get-PSUJob and Get-PSUJobOutput, but there is no error output to be found.

Here’s the job for reference: 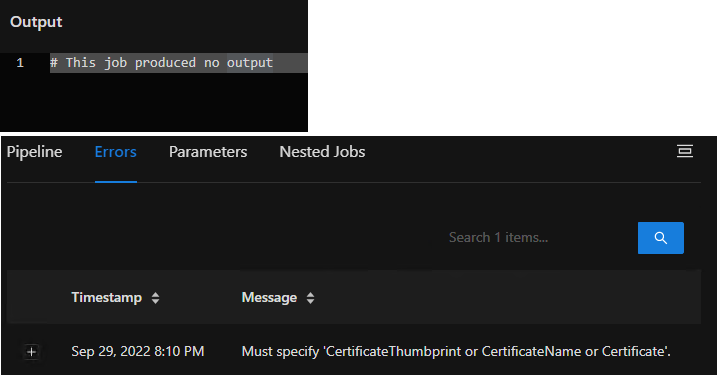 I was able to accomplish this with this example.

The trigger then receives the error output. 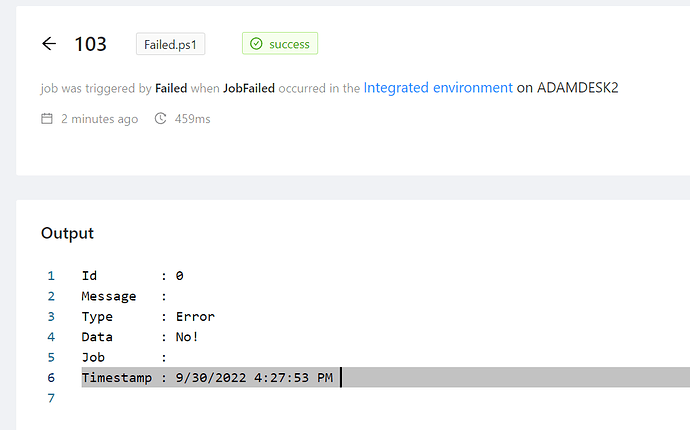 This is my test script (with faulty variable) and ErrorAction is set to Stop on the script:

When I run Get-PSUJobOutput on the job, I get nothing. The record does show in the error section in the Web UI, however, UI also shows the Job as “Success” even though it failed. I guess Write-PSUError in the Catch clause doesn’t make the script seem as failed, even though error action is stop. Anyway, shouldn’t data written with Write-PSUError show up with Get-PSUJobOutput?.

For the time being, I settled for this:

This works as well as your example.

Write-PSUError was intended to allow capturing error output without failing the script.

That said, I’m surprised it doesn’t show up in the Get-PSUJobOutput result. I’m glad you found a workaround.