hi - i have a script that queries our SCVMM environment and works fine from a server i’m logged in as a sc admin. i’m trying to create a dashboard out of it. but when i’m using those same queries, the dashboard doesn’t return the values i queried. i added my sc admin account on the variable using pscredential. added my sc admin account [domain\admin] on the script’s and dashboard’s properties but to no avail. so how do i run a script with elevated rights?

Do you see errors or does it just not return the data? Can you show some snippets or code or some screenshots with your current configuration?> 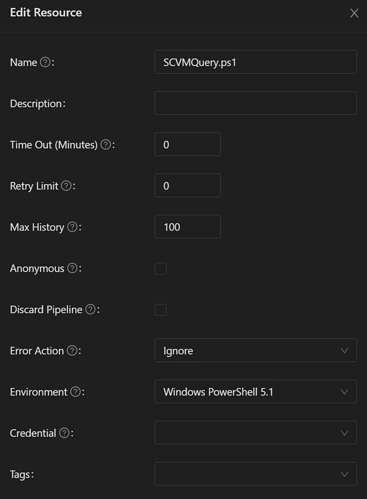 the script is working if i run it separately within psu. script’s environment is set to ‘powershell 5.1’, credential is blank. i created a sample page, hoping to show the script’s output using a table. the script is set as a data source but it won’t show the output and says ‘no data’. what i’m basically trying to do is to have nested dropdowns. show the script’s output on dropdown 1, another query runs depending on the 1st selection, shows the output on downdown 2, then another query runs per the 2nd selection which will be the output of downdown 3. all 3 selections are placed into variables where all 3 will be processed later. 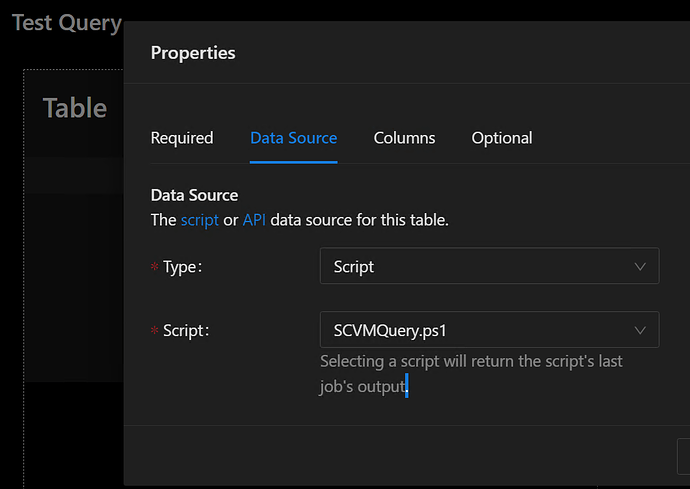 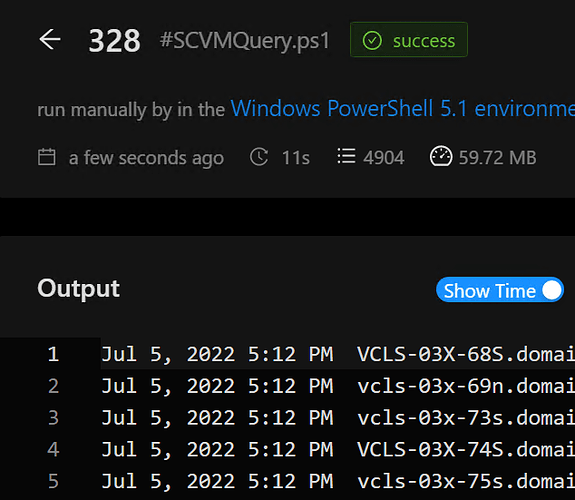 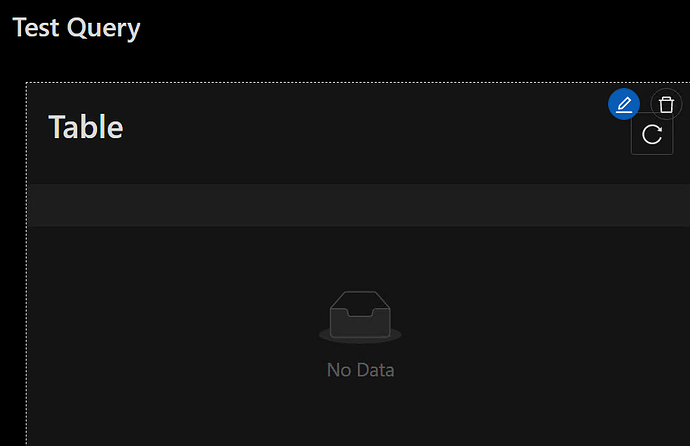 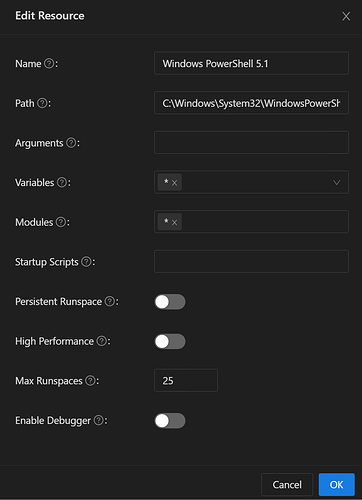 do i need to incorporate System Center’s module from the Environment? i tried adding * from the Module section but still nothing.