I’m attempting to setup some access controls based on tags. I’ve successfully gotten it to work on the desired tags with my accessControls.ps1 file, using a custom role that ties to a specific AD group, and have given it “View”, “Edit,” and “Create” (1 -bor 2 -bor 4) access. I’m sure I probably have those in the wrong order or wrong combination, but the scripts do not have the ability to save changes, the save icon is missing when logging into an account that meets the criteria.

accessControls.ps1 below, Role and Tag names modified in this post for security:

The scripts tagged as “Red Tag” and “Teal Tag” do show up in the view, but when they are opened, no save button is present: 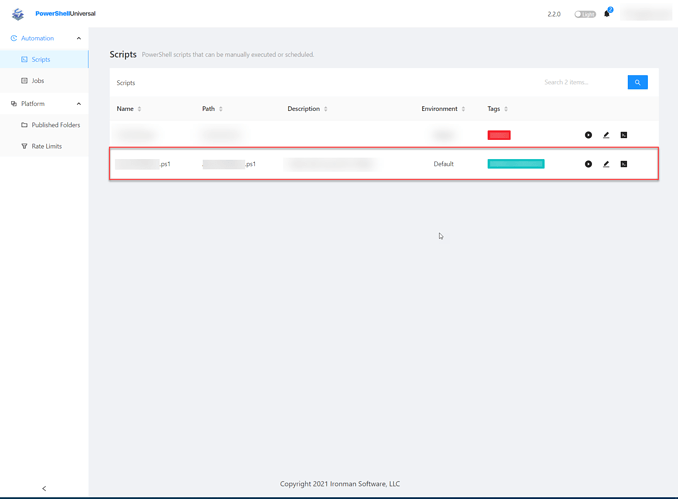 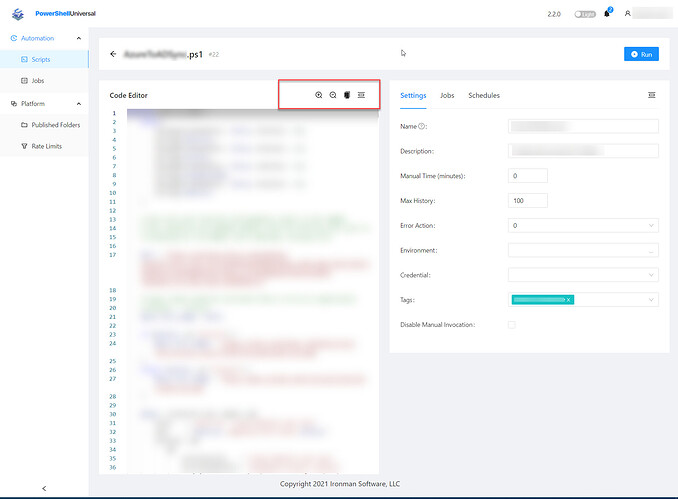 Can anybody help me understand if I’m missing something, or if this is intended? We’d really like to be able to give certain users the ability to maintain only their own scripts without given them access to everything in the UI.

This seems like a bug to me. I’ll open an issue and investigate. If there is a work around or a fix we need to introduce, I’ll update this thread.

Thanks, @adam! I just remembered, there also isn’t the ability to create new scripts, there isn’t a “New” button of any kind on the first screenshot I posted above. Again, very likely chance I’m doing something wrong, but thought it may be related.