Alright, so I was trying to do something to the effect of what is described in the string-arrays section of the docs in a UA script. I’m sure this won’t really matter if this is all automated, but in the UI, it does. So, if we create a script like such

What the UI will present us with when we try to run it is:

It seems to be a PSU limitation, but I could be wrong? If not, then I guess… #powershell-universal #universal-dashboard:feature-requests ?

It does appear that invoking the script from PS allows multiple options to be specified (thus I assume doing so from schedules, etc… will as well) 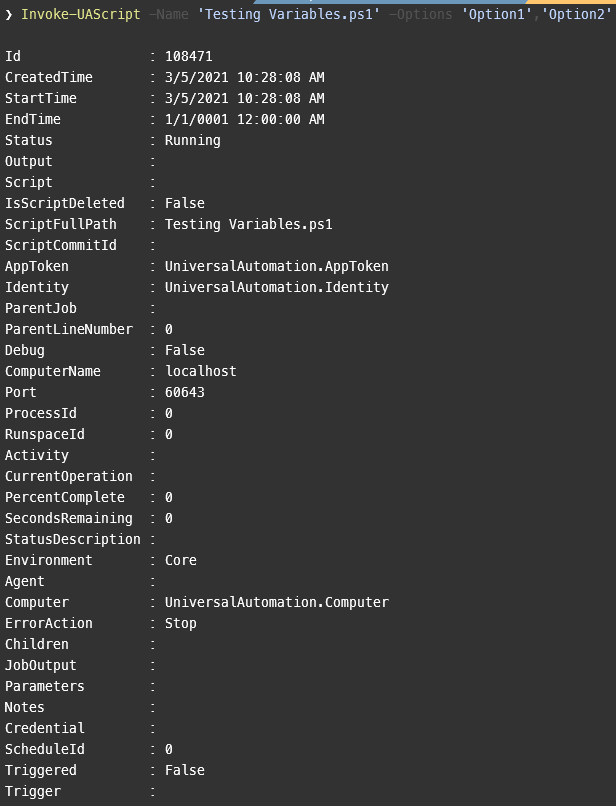