Guys has anyone been able to insert a dropdown into a grid? Is this such a thing with UDGrid? Currently working on a grid that will require a user selection, the button on the side I managed to get but dont want to create buttons on the grid for every action

Also tried to add new-UDInputField the same way I did the New-UDbutton on the grid but nothing ever showed up.

This won’t work with the current version (2.1) because there is a bug but if you grab the latest AppVeyor build, you can use UDSelect within the grid. 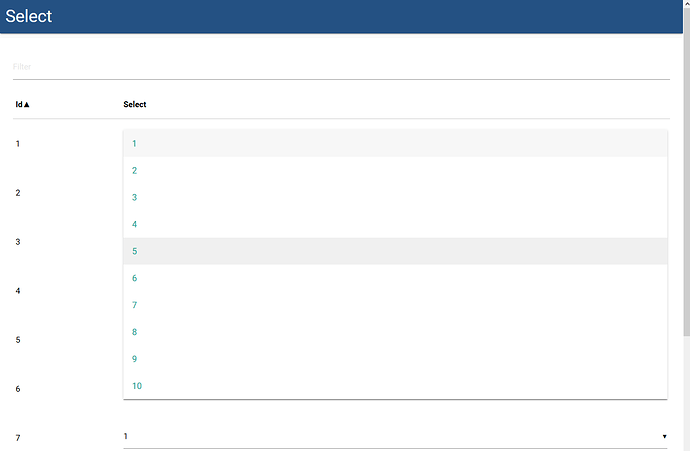 Awesome!, worked like a charm thanks a ton! On a side note I notice 2 things when using this version (latest build from AppVeyor), 1- formatting from UD-Theme (Definition elements) appears to have gone wack, 2- some components dont inherit theme settings, for instance charts and grids…

Another thing I noticed is that properties in pscustomobject became case sensitive in the pipeline… Some data that I was displaying in grids and tables wwerent showing, was fixed when I modified the casing in the customobject in cache variable…

Do you mind throwing some example code in here? https://github.com/ironmansoftware/universal-dashboard/issues/471

Noticed something else with my charts, some refresh, others dont, also seen some that will stop refreshing after some period of time.

@adam, question, I have an array with all these endpoints, how are they initialized? are they processed in a particular order? in parallel? Also when the schedule kicks in after do they execute in parallel?

Just curious, currently running on an appveyor build, been seeing some perf issues, some delays on endpoints, could be the build, not sure… I probably will have to revert back to test and see if its specific to the build but figured I ask.

There all scheduled endpoints. Thanks for that information - much appreciated.