I’m playing with the idea of auto generate docs for APIs that created using New-UDEndoint for the Start-UDRestApi.

This is how i should look at the end. 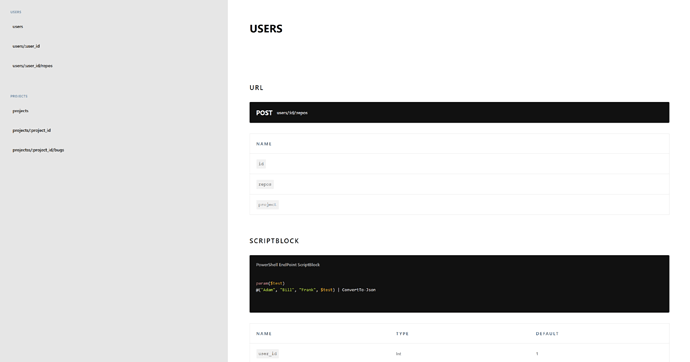 Do you think it should be an external module or inside the main UD module ?

I would do an external module unless it’s an integral part of UD. That said, I love this idea!

I would much more prefer swagger UI.

Ud current do not support auto generated configuration files for swagger , so if im not mistaken you need to write yaml or json config file yourself?

would it not be easyer to make the module do the openAPI manifest? (swagger file)
and then just incorporate swagger ui?

I talked to adam about this, we still thinking about it

it could be that we would need to define some more metadata on the endpoint cmdlet.

and implement NSwag into the ud endpoint service 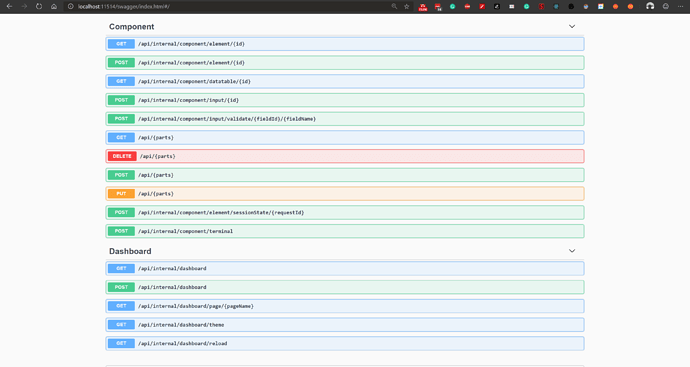 Wow, how cool is that!

This is awesome! Is there a github repo for this?

Did you ever find out if there was a Repo, I would like to get Swagger setup under my UD instance

its still in progress so i don’t upload to github , we need to find a way to auto generate endpoints using this

I would even like if there was a manual option where we have to define the YAML and then build the endpoints to match. Auto-generation would be awesome, but primarily I just want to be able to have swagger as documentation and test, even if I have to do some manual work to define the middleware manually.